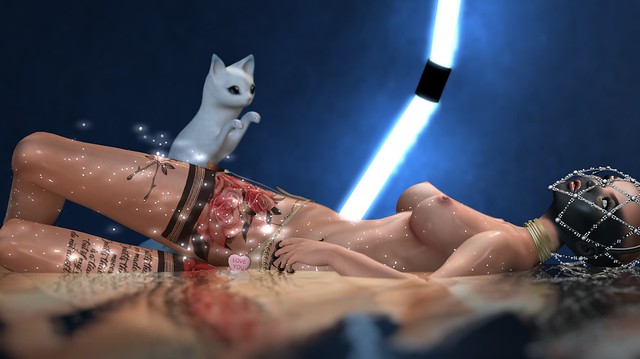 And even the blessed merkitty is a shade of blue!! 😀

As for the notably unblessed Alles, this is how she is kitted out.

!Rebel Hope Kauai Mesh Bikini Bottom_Maitreya (Sand) … made by Rebel Hope. There is a 50% off sale on all items at Rebel Hope at this very moment, so hop on over if you want to grab a bargain as the sale will finish on February 3rd.
Rebel Hope Designs

+Half-Deer+ Spilled Candy Hearts – Small Cluster … turned vertically so that only one of them showed.