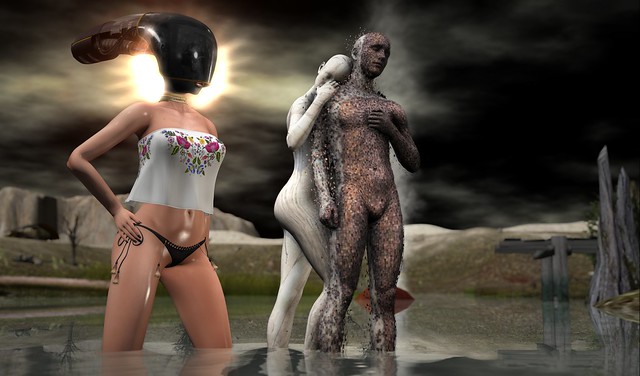 Or a land of hot water if you prefer!! 😀

Anyhoo, this is how Alles is kitted out at Hambone Slash.

AZOURY – Judgement Helmet Gold contour [Copy with Resize] … by Aniki Seetan.
The amazing and awesome Judgement Helmet will be available at the next round of the Cosmopolitan Event, which begins on January 28th. NEW.

!Rebel Hope Kauai Mesh Bikini Bottom_Maitreya (Black) … made by Rebel Hope. There is a 50% off sale on all items at Rebel Hope at this very moment, so hop on over if you want to grab a bargain as the sale will finish on February 3rd.
Rebel Hope Designs