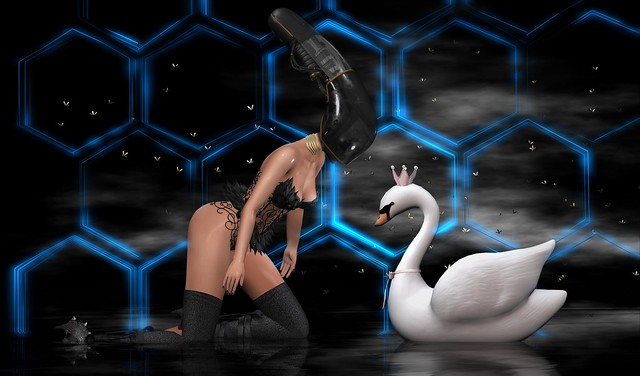 And something is in the air but is it love?

All that aside, this is how Alles – the cyber play girl – is kitted out.

AZOURY – Judgement Helmet Gold contour [Copy with Resize] … by Aniki Seetan.
The amazing and awesome Judgement Helmet will be available at the next round of the Cosmopolitan Event, which begins on January 28th. NEW.

The pose that I used is Bauhaus Movement – Subtle Infestation 10 … made by LouLou Teichmann. Adjustment to direction of my head made via Animare HUD.