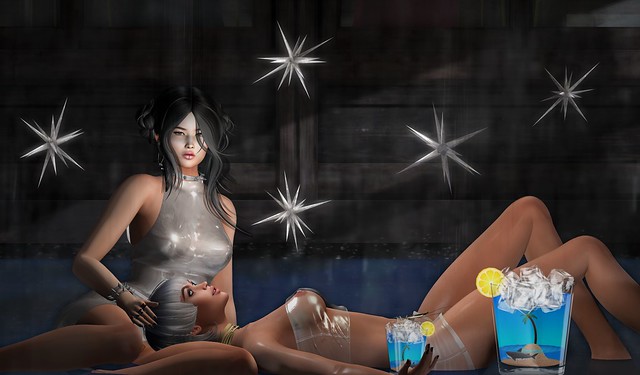 PALOMA LAKE – on the left – is wearing the following:

#LANA // The Carina Dress / Undress – 13 (Maitreya) … made by LanaM00N Resident. Purchased at the latest round of Shiny Shabby, which is open from January 20th through until February 15th. NEW.
Shiny Shabby

ALLES – on the right (lying down) – is wearing the following:

.Shi : Hagios Hair … made by Joy Laperriere. I am wearing this short hair in a tone from the Ecaille-Bronde pack. Purchased at the May/June 2018 round of Uber.