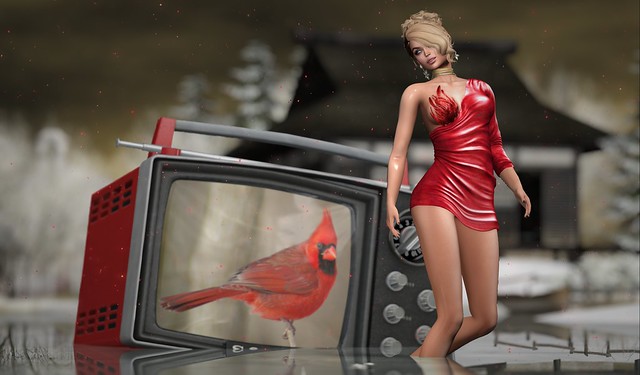 Tableau Vivant \\ Hope hair [mirror] … made by M4ri1yn Magic. I am wearing this hair in a tone from the Reds pack. Hope is available now at the current round of Collabor88, which is open from December 8th through until January 6th, 2019. NEW.
Collabor88

The pose that I have used is Bauhaus Movement – Aesthetic Perfection 32 … made by LouLou Teichmann.

The picture of the red cardinal was sourced here: