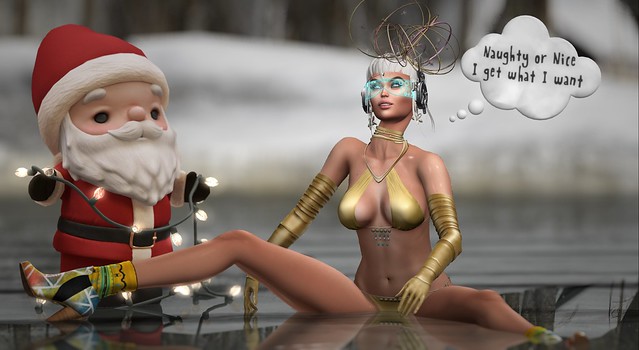 Giuliana Headpiece … made by Zib Scaggs.
Purchased on Sunday, December 23rd as part of the ‘Zibska Trunk Show Fat Pack Dec 2018’. The Trunk Show event – which features lots of wedding kit – is open from December 19th through until January 18th, 2019. NEW.
The Trunk Show

.Shi : Pixie Boy . All … made by Joy Laperriere. I am wearing this unisex hair in a tone from the Mono pack. Pixie Boy was purchased at Hair Fair 2016 in July 2016.

[ free bird ] Holiday Thought Bubble – I Get What I Want … made by Cortez Brandriss.

MishMish – Santa with lights … made by Aime Takaaki.