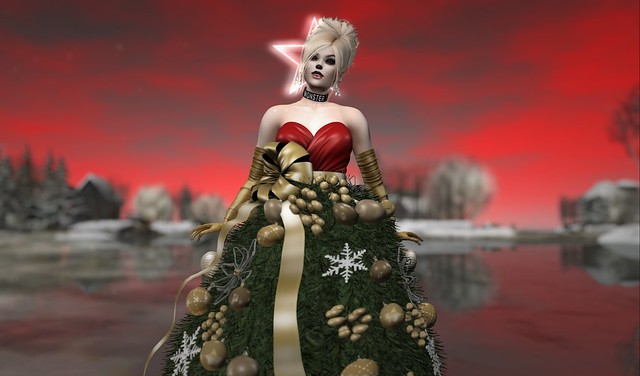 And picture this as well … some quite pleasant weather!! 😀

MINA Hair – Leslie (unrigged) … made by Mina Nakamura. Worn in a tone from the Blonds pack, Leslie will be available at the next round of Uber which begins at midday on Christmas Day (Second Life time) which is Boxing Day for me. NEW.

[Glam Affair] Ophelia Applier [ Lelutka ] 002 – 14 … made by aida Ewing.
This is a common prize on the Ophelia (skin) gacha machine at the current round of The Epiphany, which is open from November 29th to December 27th. NEW.
The Epiphany