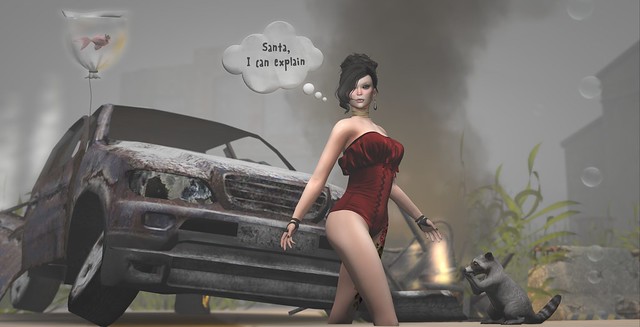 Tableau Vivant \\ Lelutka hairbase 04 – B … made by M4ri1yn Magic.
The LeLutka hairbase 4 (there are five styles) was available at the previous round of KUSTOM9, which finished on November 9th. NEW.

[ free bird ] Holiday Thought Bubble – I Can Explain … made by Cortez Brandriss.

Pose is Natalie 08 … made by susi Firanelli.