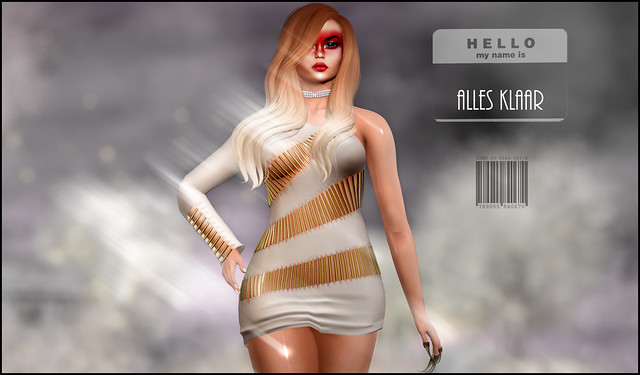 Mithral * Zinc (BUSTY) … made by Evadne Quintessa.
I’m wearing this gorgeous hair in a tone from the Variety pack.
Purchased on November 26th, 2018 when Mithral Apothecary had a quick 12-hour Cyber Monday sale – which hasn’t quite ended yet.
Mithral Apothecary Mainstore

Giz Seorn – Alexa Dress [Cream] M-Lara … made by Giz Seorn.
The form-fitting and ultra-sexy Alexa dress is available now at the current round of Très Chic, which is open from November 17th through until December 10th. NEW.
Très Chic