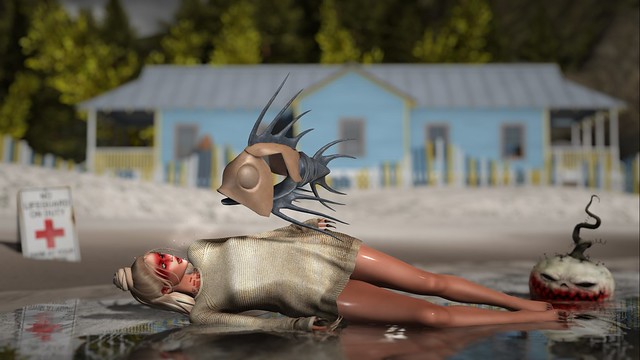 Cos kissing fishes is always a risk!! 😀

As for the business side of this blog post, this is how Alles is kitted out today.

[Glam Affair] Morgana Applier [ Lelutka ] 008 – 16 … made by aida Ewing.
This is a common item on the Glam Affair gacha at the current round of The Epiphany, which is open until November 12th. NEW.
The Epiphany

floorplan. no lifeguard leaning sign … made by Tegan Serin.