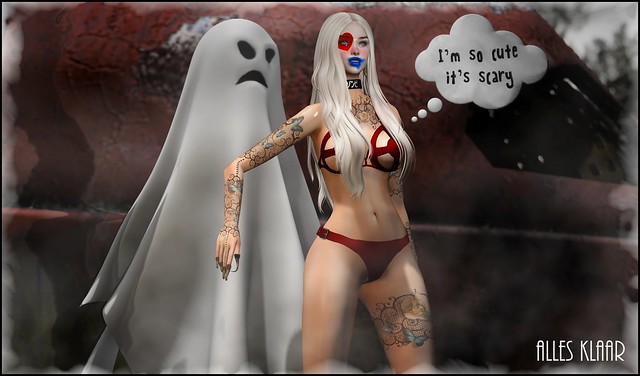 And my blog title is in honour of the pose that Alles and Dora used – of course!! 😀

As for our fashion details, this is how we are kitted out.

DORA – on the left – is wearing the following:

Tableau Vivant \\ Zandala … made by M4ri1yn Magic. I am wearing this lovely, straight hair in a tone from the Blonds pack. Zandala is available now at the current round of Uber, which is open from October 25th through until November 22nd. NEW.
Uber

The two-person pose that Alles and Dora have used is called, er – drumroll please – an lar [poses] Yggdrasil’s Daughters … made by Katya Valeska. This was slightly altered by Alles who used her Animare HUD to reposition her lower right arm.