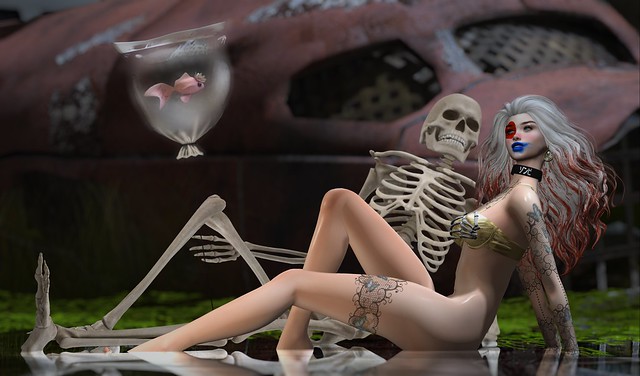 MINA Hair – Alison Unrigged … made by Mina Nakamura.
This is a “Bloody Special” edition of the Alison hair which has been put out as a Halloween excl. VIP group gift. It costs 200 lindens to join the MINA VIP group.
MINA Hair @ MINA Hair

The pose that I have used is an lar [poses] The Cordaline Series – One (m) … made by Katya Valeska. Unfortunately, an lar [poses] is closing down and today is the final 24-hour slot of their closing sale, where all of their poses are 50% off.
an lar [poses]