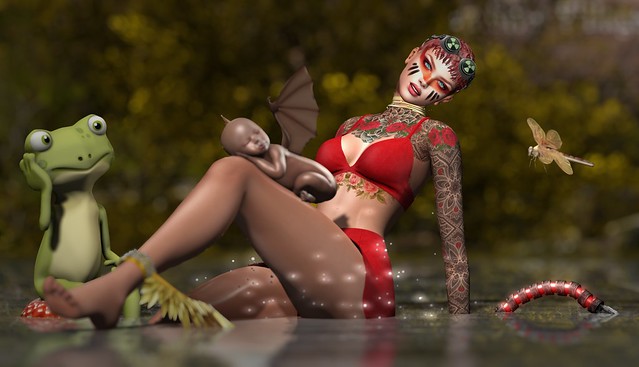 I have “batty babies” popping out like the bubbles in a witches cauldron, so in this blog post you get to meet my latest pride and joy from the Vampire Bat Baby range.

But first you get to check out all of what I’m wearing and even more, of course.

…Mutresse… Bella Top – Maitreya Lara … made by Eeky Cioc.
The two-piece Bella outfit is available now at the current round of Collabor88, which is open until this Saturday, October 6th. NEW.
Collabor88

…Mutresse… Bella Shorts – Maitreya Lara … made by Eeky Cioc.
The two-piece Bella outfit is available now at the current round of Collabor88, which is open until this Saturday, October 6th. NEW.
Collabor88

The pose that I have used is Bauhaus Movement – Aesthetic Perfection 16 … made by LouLou Teichmann.