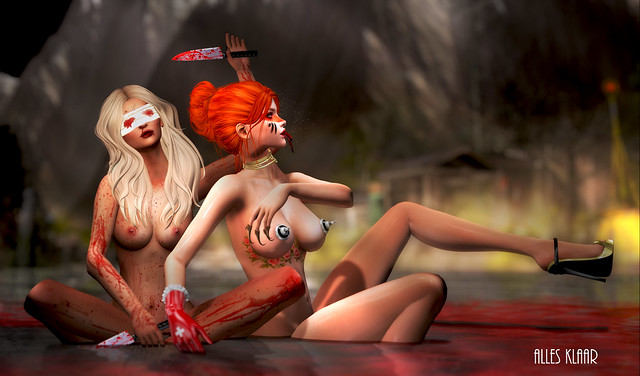 AMELIA WATTS – on the left – is wearing the following:

MINA Hair – Annie (unrigged) … made by Mina Nakamura. I am wearing this updo in a tone from the Reds pack. Annie is available right now at Hair Fair 2018, which is open from September 22nd through until October 7th. NEW.
MINA Hair @ Hair Fair 2018 (Blonde SIM)

[CX] Bloody Tongue … made by Kamayari Resident. This is a group gift for the [CerberusXing] Update Group which I got back in September 2016 but is still available for group members inworld. It costs a mere 50 lindens to join the group.
[CerberusXing] Mainstore