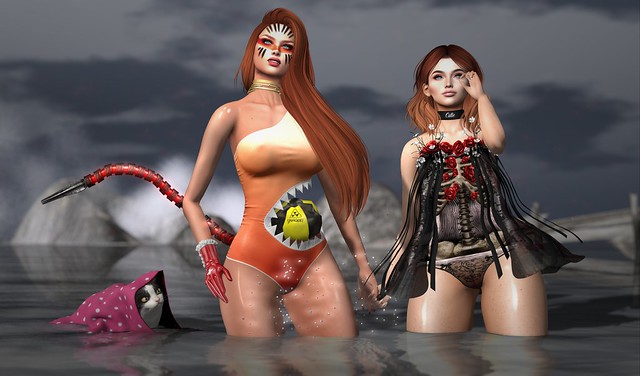 Wasabi // Camila Mesh Hair – A – (BOOBS 2) … made by MissAllSunday Lemon.
I am wearing this rather long hair in a tone from the Basics pack. Purchased at Hair Fair 2018, which is open from September 22nd through until October 7th. NEW.

Mutresse-Peeking-Shortie Cats … made by Eeky Cioc.
This is a common prize on the Mutresse gacha machine at the September 2018 round of The Arcade Gacha. NEW.
The Arcade

The pose that we have used is [ Focus Poses ] Friends 86 … made by Carol Kling. However Alles modified the position of her right arm for this picture.