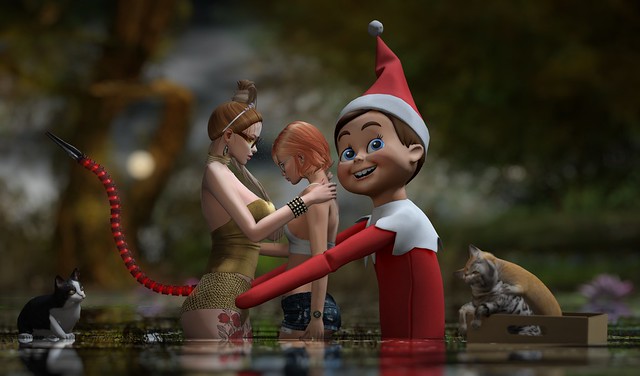 Which we gave her.

RKKN. Lara’s Panties Gold/Maitreya … made by Keon Xenga. Purchased at the most recent round of Shiny Shabby which finished on September 15th, Lara’s Panties and other glittery kit are now available at the RKKN store inworld. NEW.
Nutmeg RKKN RK Poses

AERESTE – on the right – is wearing the following: