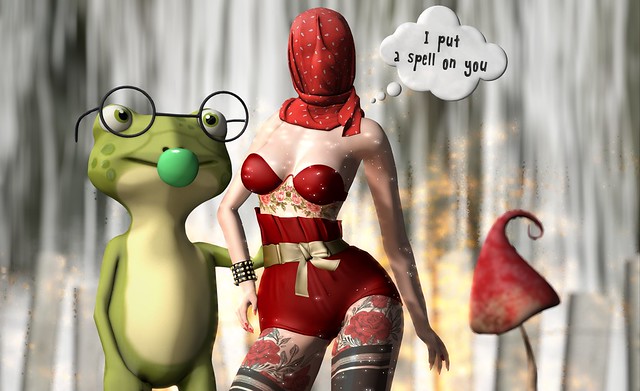 But my prince is in green!! Oh dear – so, do I have to kiss him before he turns?

* SORGO – Faceless Drape B (FITTED) … made by Arscene Dubrovna.
This was first available at the August 2015 round of TMD (The Mens Dept) but you can still purchase it at the SORGO Main Store inworld.
SORGO – Main Store

[ free bird ] Halloween Thought Bubble – Put a Spell On You … made by Cortez Brandriss.