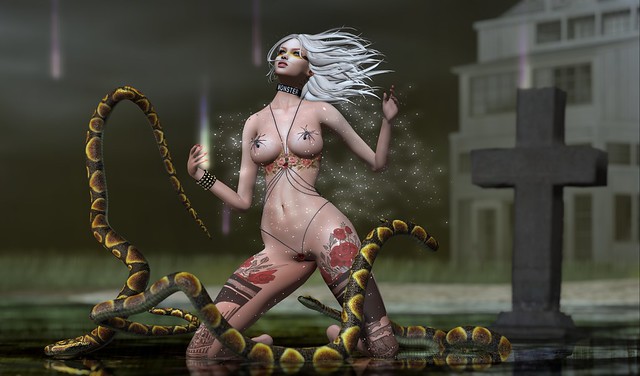 I have been listening to Popsimonova again and the lyrics for “No Contact” keep buzzing around in my brain!! 😀

Anyway, that aside – here are my worn details for your enjoyment.

Tableau Vivant \\ Falling hair – Shortfall … made by M4ri1yn Magic.
I am wearing this “wind blown” hair in a tone from the Blonds pack. Shortfall is one of four different hairstyles that you could win on the Tableau Vivant gacha machine at the latest round of The Arcade Gacha, which is open from September 1st through until September 30th. NEW.
The Arcade
OR
The Arcade 2
OR
The Arcade 3

-Narcisse- Jayla Pearls Top – ML FATPACK … made by Narcisse Resident.
The Jayla Top along with the Jayla Panties that I’m also wearing, are both available now at the current round of the Kink(Y) Event which is open from August 28th through until September 19th. NEW.
Kink(Y) Event

-Narcisse- Jayla Pearl Panties – ML FATPACK … made by Narcisse Resident.
The Jayla Panties along with the Jayla Top that I’m also wearing, are both available now at the current round of the Kink(Y) Event which is open from August 28th through until September 19th. NEW.
Kink(Y) Event