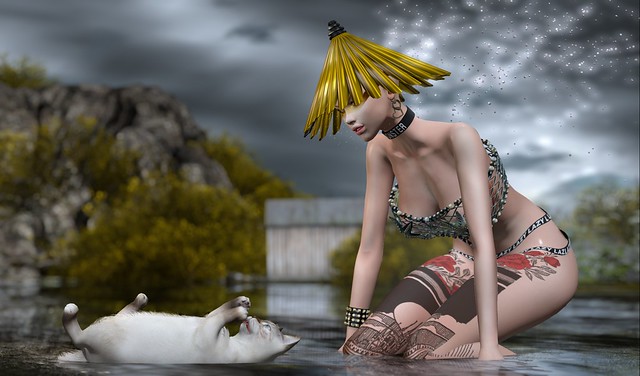 Because I really couldn’t think of a better name for this blog post!! 😀

As for my worn details, please read on below.

Alured Hat … made by Zib Scaggs. I purchased this very glittery item at the 4Mesh event in September 2017 but it is now available on Second Life MarketPlace.
Zibska ~ Alured Hat, Shoulders and Chestpiece

The sole prop that I have used is Mutresse-Bath-Shortie Cats … made by Eeky Cioc.