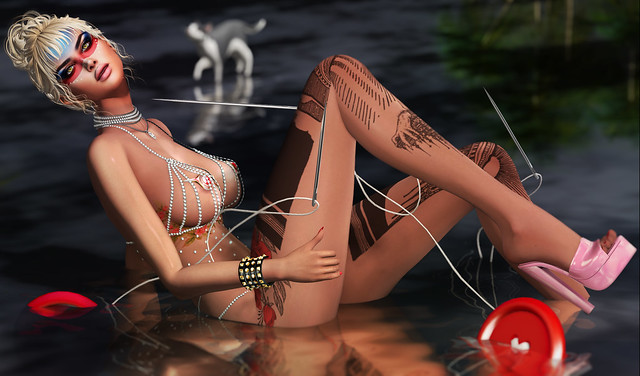 tram H0814 hair … made by moca Loup. I’m wearing this “geek girl” short hair in a tone from the HUD-B pack. Purchased at the latest round of Uber, which is open from August 25th through until September 22nd. NEW.