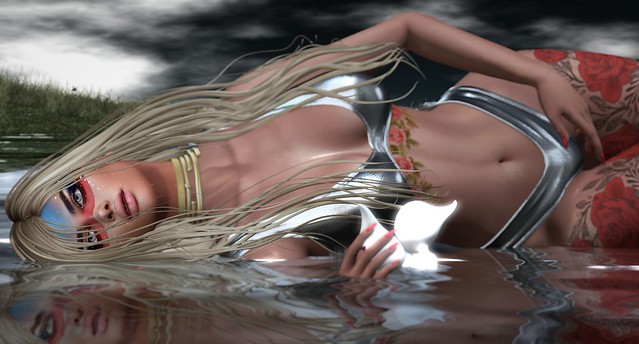 Or is it dialling the rotary phone?

Anyway … what is most important are my styling notes, so without further ado please read on below for what Alles is wearing.

MINA Hair – Raven … made by Mina Nakamura. I am wearing this “wet” hair in a tone from the Blonds pack. Raven was available at the August round of Fetish Fair, which finished on August 17th. NEW.

BUENO-Swimsuit-Mat-Silver … made by buenosl Resident. Purchased at the current round of Uber, which unfortunately finishes today, August 22nd. NEW.
Uber