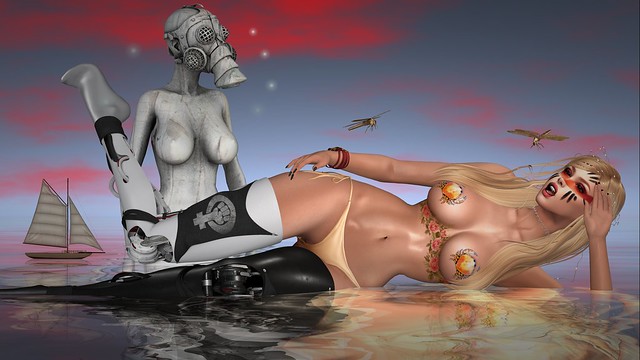 Tableau Vivant \\ Amaris hair … made by M4ri1yn Magic. I am wearing this long hair in a tone from the Reds pack. Amaris is available now at the current round of Uber, which is open from July 25th through until August 22nd. NEW.
Uber

Roses Underboob – Color [CAROL G] Maitreya … made by Carolina Gaelyth.
I purchased this gorgeous tattoo which is available in four different shades at the current round of the Cosmopolitan Event, which is open July 30th to August 11th. NEW.
Cosmopolitan Event

Maitreya Bali Boho (Monokini) Bottoms … made by Onyx LeShelle. This is an accompaniment to the Bali Boho Blouse, with its own HUD to change colours.

The pose that I have used is Calm.4 … made by evoloveposes Resident.