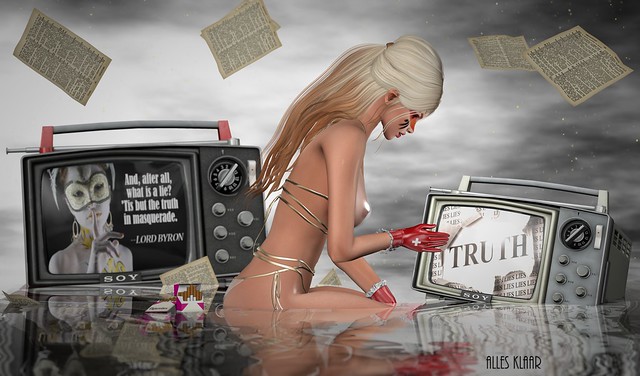 Why this title? Because I was all out of sex and videotape – of course!! 😀

MINA Hair – Carissa … made by Mina Nakamura. I am wearing this hair in a tone from the Dip dye pack. Carissa will be available at the next round of FaMESHed, which begins on August 1st. NEW.