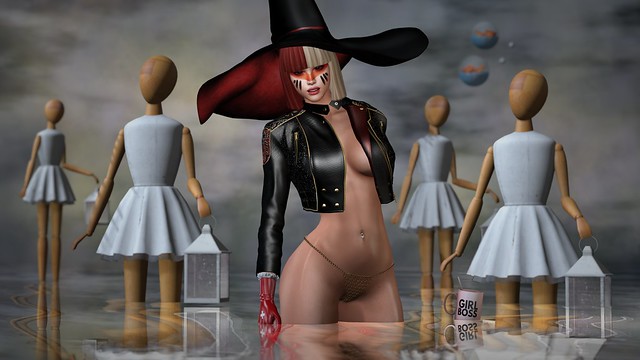 #He La# Just Witch Hat Red … made by hela Lennie.

[*Art Dummy!] once. (linked decorative dummy) x 4 … made by Gala Charron.
I purchased a complete set of these “dummies” at the Fairy Tales event in June 2012 but sadly the creator is no longer present in Second Life. Her profile states: *Art Dummy! is closed. Thank you for all of your support over the years. ❤

The pose that I have used is FOXCITY. Moody-5m … made by Satomi Masukami.