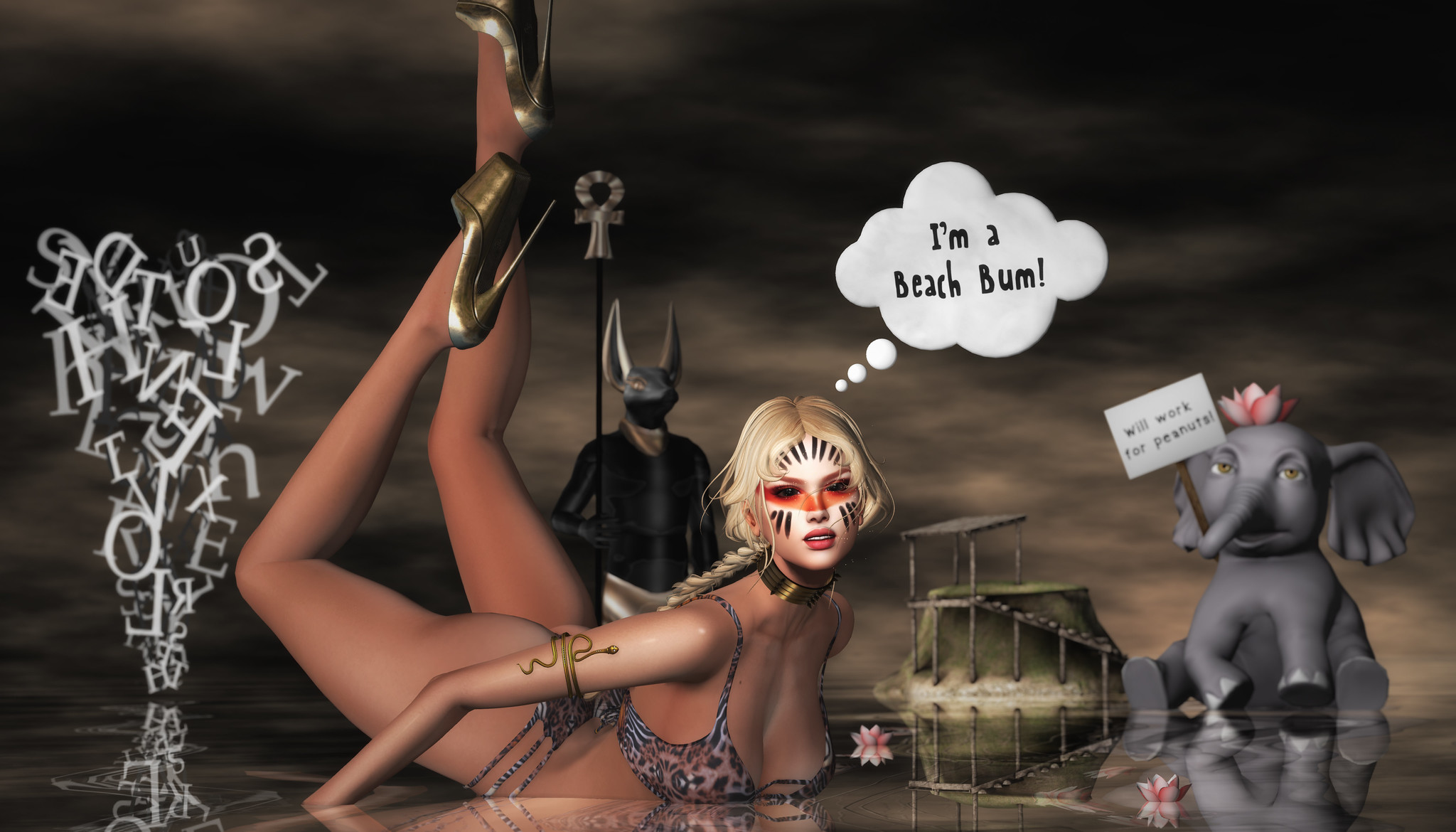 Is there such a thing as “tummy surfing”? Who knows but it certainly looks like there is given my watery pose in this sodden SIM!! 😀

As I mentioned at my Flickr post, I am absolutely loving the new skins that Glam Affair has as their gacha offering at the latest round of The Epiphany. The skins are priced at 100 lindens per play and there are twelve possible prizes – ten commons and two RARES. What’s really great about the offerings is that each makeup/skin is eminently wearable if you like standing out from the crowd, which Alles does. The only downside is that the applier only works on CATWA heads – but that makes me glad that I got a CATWA head a few moths ago!!

[Glam Affair] Chenoa Applier [ Catwa ] 007 ( 5 ) … made by aida Ewing.
This is a common item on the Glam Affair gacha at the latest round of The Epiphany, which is open from July 15th through until August 12th. NEW.
The Epiphany
OR
The Epiphany Mirror SIM

Eudora3D Berlin Heels (Maitreya) … made by Eudora3D Resident. Purchased at the most recent round of the monthly Kink(Y) Event, which finished on July 19th. NEW.

–ANHELO-M53SI-187GA :: solitary island … made by fk0724 Resident.
This prop is copy/modify and I have made it much, much smaller than the factory setting. Purchased as a Fifty Linden Friday on July 20th, 2018 – that is, today.
anhelo

TBF Water Lily x 3 … and one of them is resting on the head of the elephant.