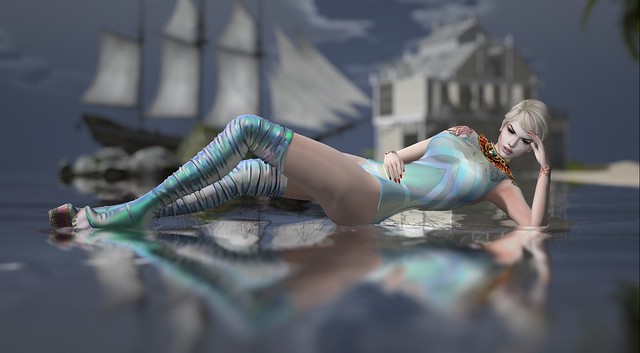 tram H0210 hair … made by moca Loup. I am wearing this very short hair in a tone from the HUD-B pack. Purchased at the February/March 2018 round of Uber.

Baiastice_Kiya Necklace with Materials … made by Sissy Pessoa.

Caboodle – Elia Boots – Maitreya (Fatpack) … made by Erovi Resident. Purchased at the latest round of the equal10 event, which is open from July 10th through until August 5th. NEW.
equal10

The pose that I have used is FOXCITY. Beach Bunny-7m … made by Satomi Masukami.