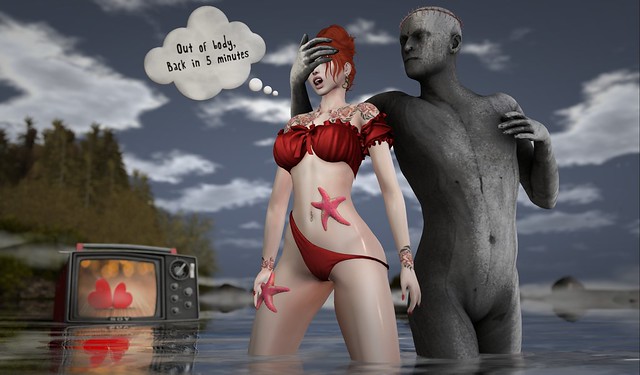 And these are the worn details …

Tableau Vivant \\ Paula … made by M4ri1yn Magic. I am wearing this updo hair in a tone from the Reds pack. The Paula hair is available now at the latest round of the Uber event, which is open from June 25th through to July 22nd. NEW.
Uber
OR
Uber Cam Shopping Sim

[ free bird ] Stoner Thought Bubble – Out of Body … made by Cortez Brandriss.

Kaithleen’s Barbed Wire Choker for HER

The pose that I have used is HERA – Beach Babe Bento Pose Set. 1 … made by