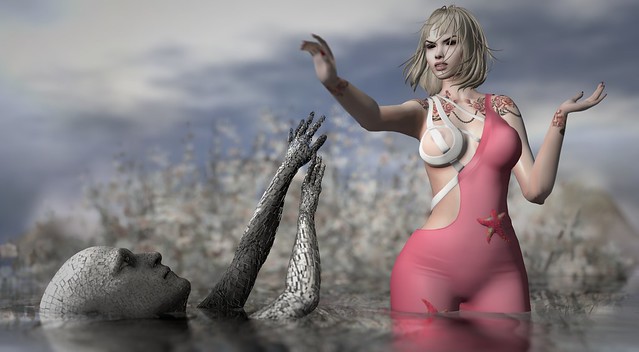 As for my worn details, this is how Alles is kitted out from the top down.

The pose that I have used is SEmodeling-39 … made by Marie Sims.