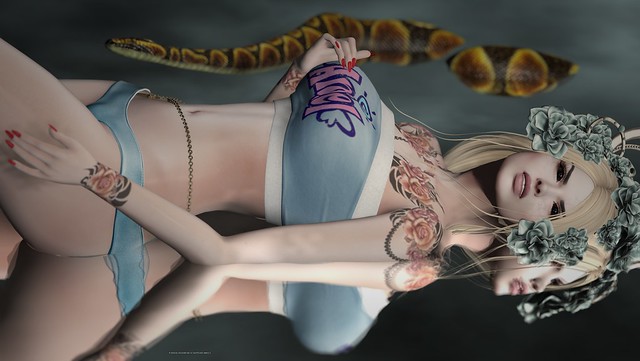 Why this title? Because everything sounds better and sexier in French, doesn’t it!! 😀

MINA Hair – Lianne … made by Mina Nakamura. I am wearing this hair in a tone from the Blonds pack. The Lianne hair is available now at the Good Vibes event, which is open from June 15th through until June 29th. NEW.
Good Vibes Fair

The sole prop that I have used is Serpent5 – Diesel Works … made by Rogan Diesel.

The pose that I have used is AMITIE:: Vero 04 … made by susi Firanelli.