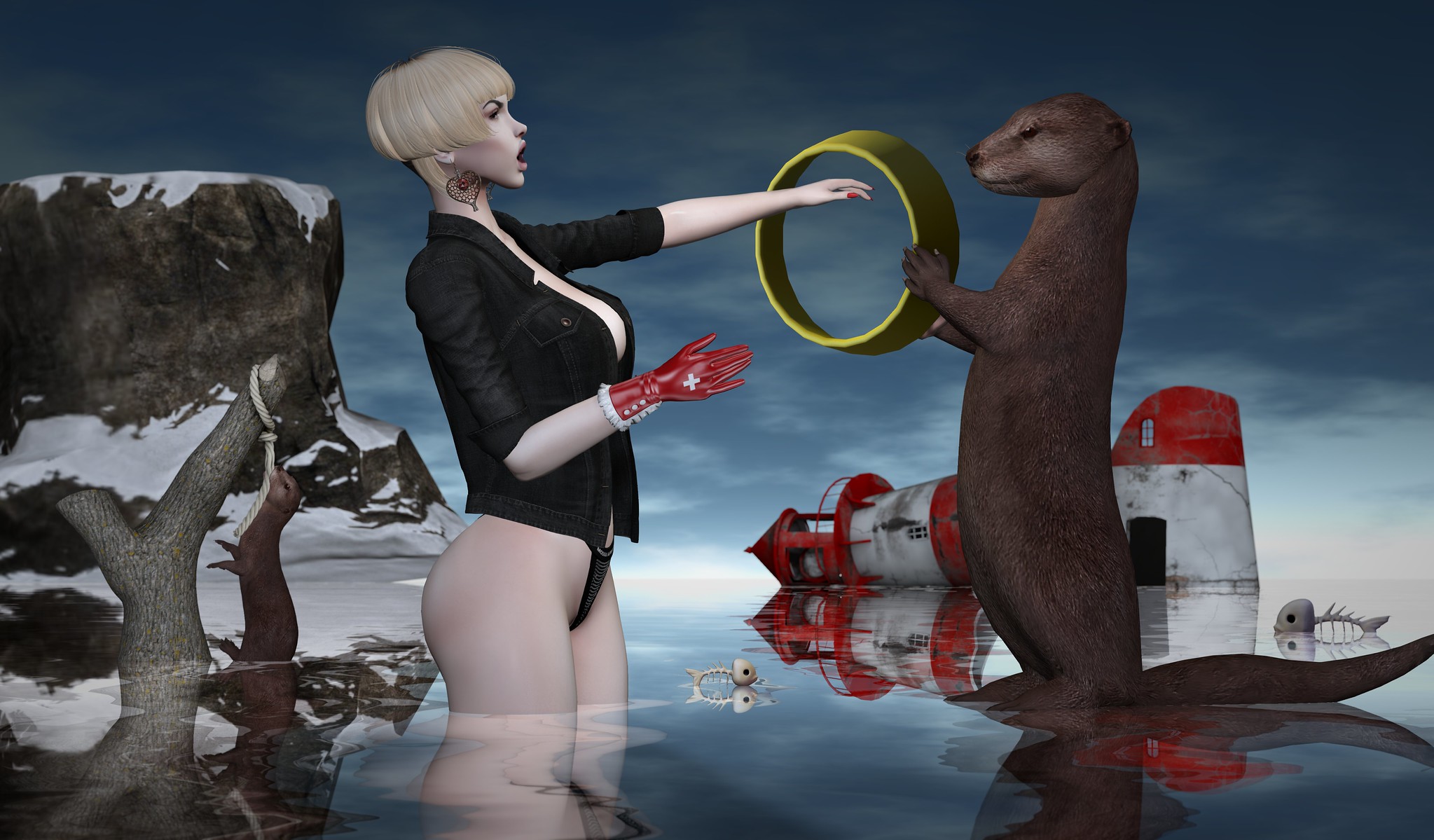 As for my bloggy bits, this is how Alles was attired at Grace of Hope.

.Shi : Hagios … made by Joy Laperriere. I am wearing this rather eccentric short hair in a tone from the Light Blondes pack. This was purchased at the latest round of Uber, which is open from May 25th through until June 22nd. NEW.
Uber

Giz Seorn – Trixie Denim Jacket [FATPACK] Maitreya Lara … made by Giz Seorn.
The Trixie Jacket is available now at the Vanity Event, which is a new kid on the block – so to speak – that opened on June 1st and will finish on June 25th. NEW.
Vanity Event

Mutresse-Persistent-Otter Pond … made by Eeky Cioc.
This is the crazed otter who is biting on the rope that is tied to the tree trunk on my left – definitely not tameable!!
Persistent is a common prize on the Mutresse machine at the June 2018 round of The Arcade Gacha. NEW.
The Arcade Gacha

The pose that I have used is Bauhaus Movement – The Ever Unreached 08 … made by LouLou Teichmann. This pose was slightly altered by the use of my Animare HUD, as I tweaked the position of my right arm.