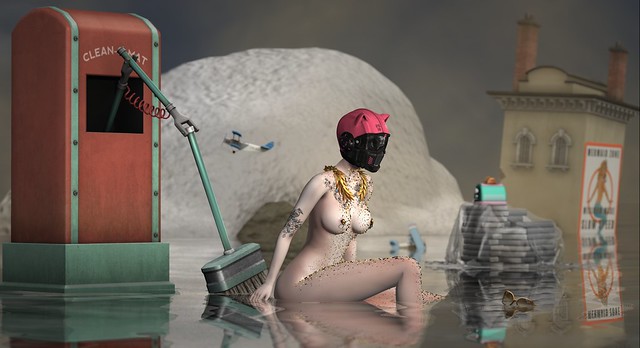 And it’s far worse than the rain, actually!! 😦

As for my worn details and other blog-related stuffs, please read on below.

AZOURY – Phanuel Helmet Pink [Copy with Resize] … made by Aniki Seetan.
The Phanuel Helmet will be available at the upcoming round of The Liaison Collaborative, which opens on June 3rd. NEW.

[White~Widow] Wilding – Blue – Maitreya Mesh Body … made by Julie Hastings.
Purchased at the previous round of the Kink(Y) Event, which finished on May 19th. NEW.

Soy. A Snow Covered Cliff [Middle] for large use … made by Soyoy Resident.

use toaster … made by May Tolsen.

Soy. Covered books with vinyl … made by Soyoy Resident.