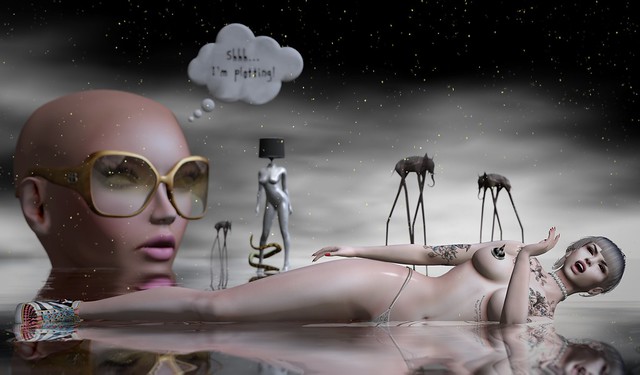 But even then, the huge head could hear me yelping!! 😦

As for my fashion details and more, please read on below cos Alles is wearing fab new stuff.

.Shi : Hagios … made by Joy Laperriere. I am wearing this rather eccentric short hair in a tone from the Ecaille-Metallic pack. Purchased at the latest round of Uber, which is open from May 25th through until June 22nd. NEW.
Uber

Mossu – Angelic.Panties – Maitreya – White … made by AkiraKiyoi Resident.
Purchased at the latest round of Uber, which is open from May 25th through until June 22nd. NEW.
Uber

The pose that I have used is :LW: Poses – Let me love you – female pose 4, mirror …. made by LuaneMeo Resident.
but pose stand tilted at 90 degrees.