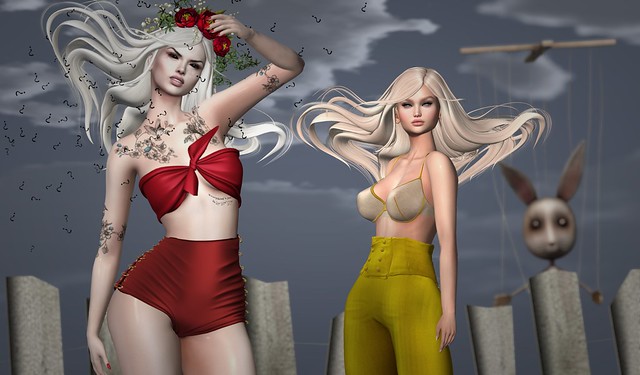 Although, truth be told, Alles really only qualifies as a “platinum blonde”!! 😀

Giz Seorn – Dulcie Hanky Top [Red] Maitreya Lara … made by Giz Seorn.
The Dulcie top is available now at the latest round of the Cosmopolitan Event, which is open from May 21st through until June 2nd. NEW.
Cosmopolitan Event

JF Design “Aurora” Shorts (Maitreya) Red … made by JuliaFlora Resident.
Purchased at the very latest round of the Cosmopolitan Event, which is open from May 21st through until June 2nd. NEW.
Cosmopolitan Event