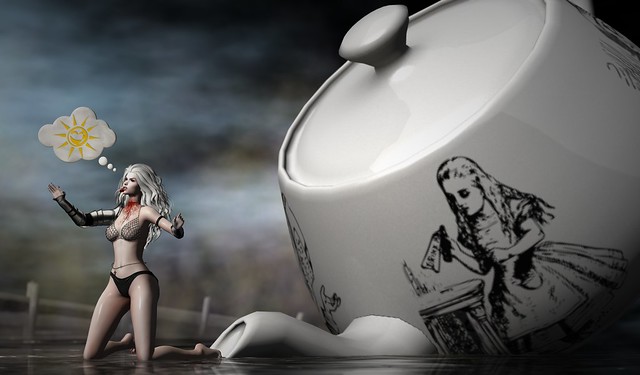 And lo and behold, this is what Alles is wearing.

MINA Hair – Alison Unrigged … made by Mina Nakamura. I am wearing this kinky hair in a tone from the Black & Greys pack. Available now at the very latest round of The Enchantment, which is open from May 12th through until May 31st. NEW.
The Enchantment

[Azuchi] Candice Panties Gray *Maitreya Exclusive* … made by Sands Leavitt.
Purchased as part of a Fatpack at the Uber event in July 2017 but unfortunately they cannot be found at either the [Azuchi] store inworld or on Second Life MarketPlace.

Prop is [Black Tulip] Alice’s Board – Decorative (Made HUGE).
By Auryn Beorn