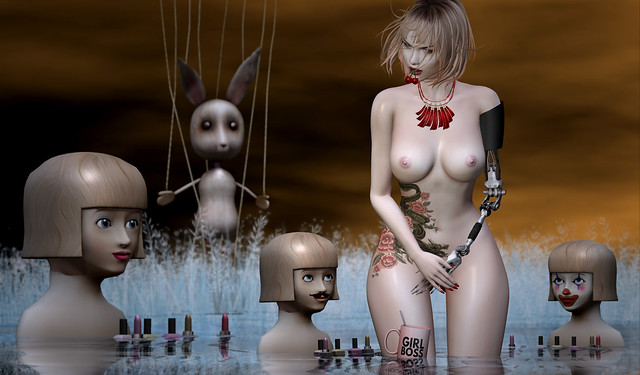 As for my worn details and other trivia, please read on below.

tram H0414 hair(Non Rigged) … made by moca Loup.
I am wearing this wild and windblown hair in a tone from the HUD-B pack. Purchased at the current round of Uber, which is open from April 25th to May 22nd. NEW.
Uber

The pose that I have used is Bauhaus Movement – NoisebastardZ 49 … made by LouLou Teichmann.