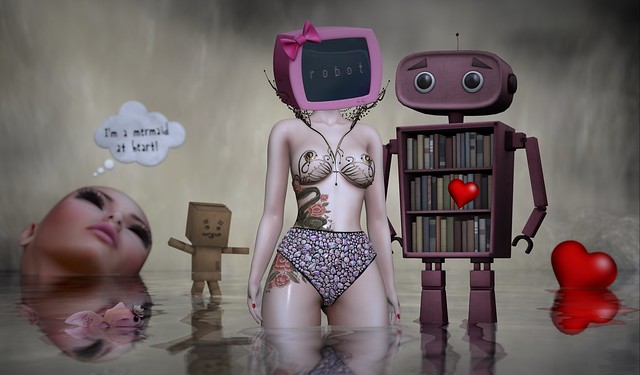 14 -Sorumin- TV Head GACHA -PinkTV Robot- … made by Nastasica Resident.
This is a common gacha prize on the TV Head GACHA that I “won” at the current round of the SaNaRae event, which is open from April 26th until May 18th. NEW.
SaNaRae

Alouette – Dewey The Robot – Pink … made by Scarlet Chandrayaan.