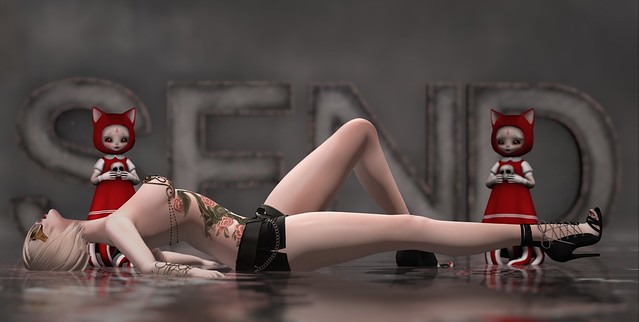 *katat0nik* (black / Maitreya) Belted Shorts … made by Katat0nik Pidgeon. Purchased at the latest round of Uber, which is open from April 25th through until May 22nd. NEW.
Uber
OR
Uber Cam Shopping Sim

Giz Seorn – Nikki Heels *MATERIAL* [FATPACK] Maitreya … made by Giz Seorn.
Available now at the current round of the Cosmopolitan Event, which is open from April 23rd until May 5th. NEW.
Cosmopolitan Event

The pose that I have used is Tabatha 06 … made by susi Firanelli.