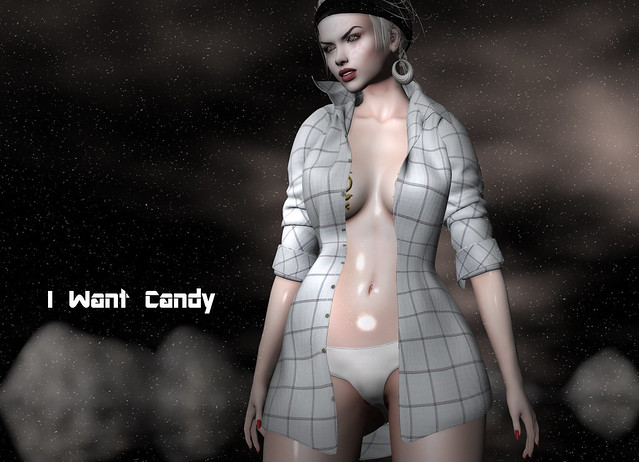 Or should I have titled this post, “I Am Candy” … because I am wearing the Eye Candy set from Giz Seorn?

Regardless, this is how Alles is kitted out in this picture taken at Luane’s World.

GIZ SEORN – “Eye Candy” [Fatpack] for Maitreya … made by Giz Seorn.
The “Eye Candy” shirt and panties were first available at the round of the Cosmopolitan Event that was open from March 12th to March 24th but are now on sale in the Giz Seorn Mainstore. [NB: My shirt is exclusive to the Fatpack.] NEW.
Giz Seorn – “Eye Candy”