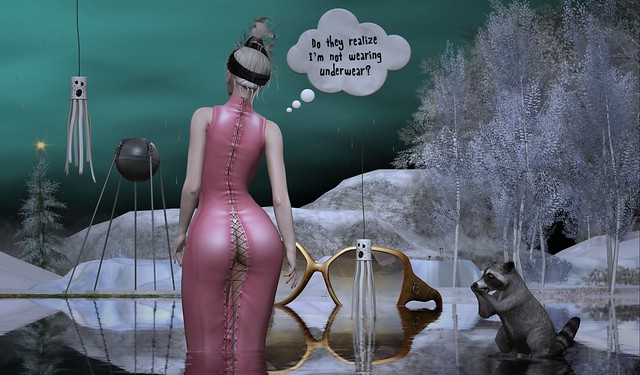 In this internet busting blog post, Alles is decked out in the following kit.

UC_Particias_Laced_back_dress_pink_Maitreya … made by unitedcolorsteam Resident. The rather revealing laced back dress is available at the latest round of the Très Chic event, which is open from April 17th through until May 10th. NEW.
Très Chic

GOOSE – Tin can ghost x 2 … made by tyrek Resident.