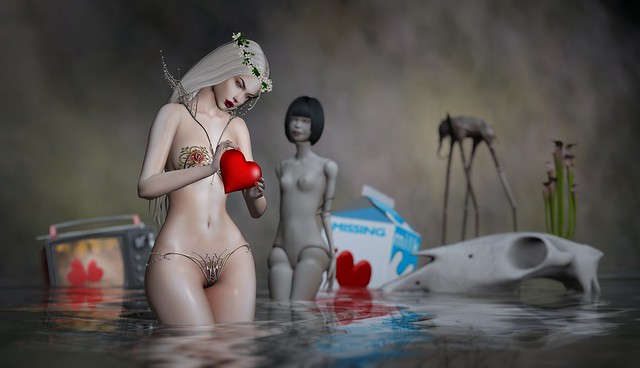 (SB) Missing Milk Carton
I got the hearts to put onto the carton here:
clipart-library.com/clipart/818847.htm

Schadenfreude Sarracenia leucophylla in bleached Equus skull … made by Allegory Malaprop. Purchased at the current round of Collabor88, which finishes on April 6th. NEW.
Collabor88

The pose that I have used is SEmodeling-36 … made by Marie Sims. This pose is part of the SEmotion Female Bento Modeling poses Set 4 – 10 static poses, which I purchased at the current round of Collabor88 – which finishes on April 6th. NEW.
Collabor88