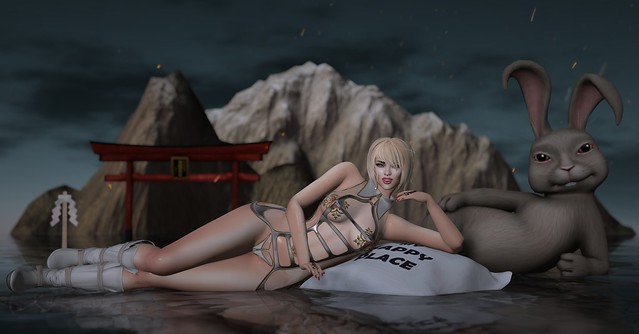 With our blinkers on … 😀

As for my worn details and (possibly) those of my friend … please read on below.

[BAD HAIR DAY] – Marhaba Mirrored … made by MatthewMil Resident. I purchased this gorgeous shorter hair at the previous round of The Chapter Four, which finished on March 1st. NEW.

The pose that I have used is Bauhaus Movement – Lorna … made by LouLou Teichmann.