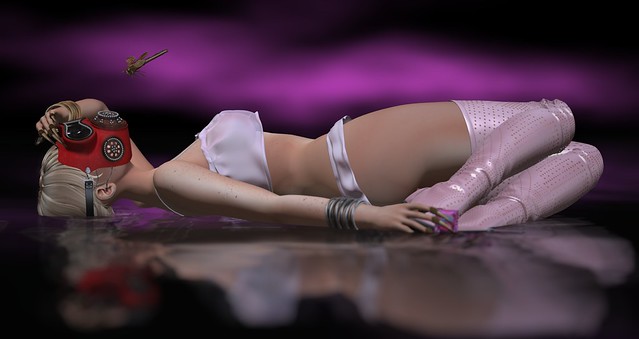 Which is the scientific name for the insect group that the dragonfly belongs to!! 😀

Tableau Vivant \\ Nora hair … made by M4ri1yn Magic. Alles is wearing this ponytail in a tone from the Blonds pack. Available now at the very latest round of Uber, which is open from January 25th through until February 22nd. NEW.
Uber
OR
Harajuku – Uber Cam Shopping SIM

[Gos] Rihanna Perforated Boots – Materials [lara] … made by Gospel Voom.
I am wearing these boots in a tone from the Boutique pack – which is one of three packs that are on sale. Purchased at the very latest round of Uber, which is open from January 25th through until February 22nd. NEW.
Uber
OR
Harajuku – Uber Cam Shopping SIM

.Enfant Terrible. Verelis Dragonfly Hair Gift! Gold … by LeEnfantTerrible Resident. The dragonfly was a free gift at the May 2015 round of We Love Role-Play.

The pose that I have used is KOPFKINO – Dreaming(mirror) … made by VirginiaPlain Resident, who’s most certainly the girl with the Holzer mane.