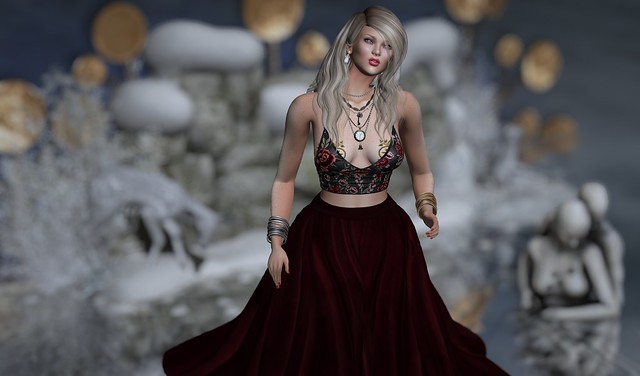 Even if my top and skirt do look a tad more crimson than red!! 😀

MINA Hair – Lizzy – Natural (materials) … made by Mina Nakamura.
This hair was first available at KUSTOM9 in August 2015 but can now be purchased either inworld or on Second Life MarketPlace.

(luc) Quiet Life, Tree Wall Art (Gold) … made by wanderllust Resident.
Purchased at the previous round of the Cosmopolitan Event, which finished on January 13th, 2018. NEW.