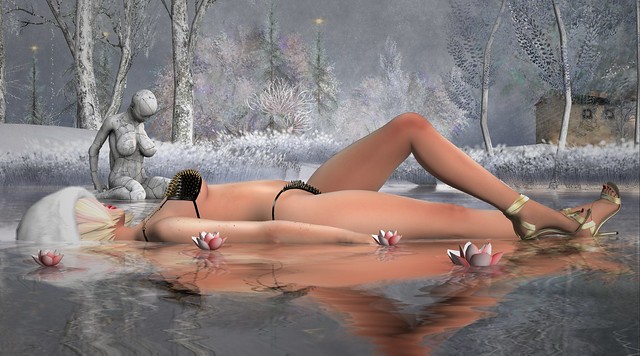 Who will help me to slip into something more comfortable of course!! 😀

Baiastice_Clarita Sandals-Gold … made by Sissy Pessoa.
The Clarita sandals are available now at the latest round of the Uber event, which is open from December 25th through until January 22nd, 2018. NEW.
Uber