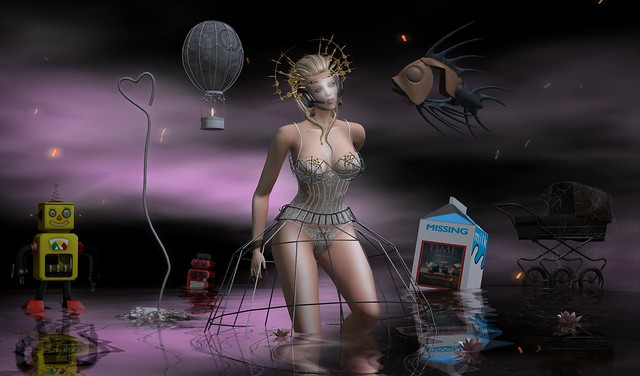 In this watery scene, Alles is once again flirting with fashion as you can read below.

Ghee Manasa Choker – GOLD … made by Beatrice Serendipity.
Purchased as part of a Ghee MANASA DRESS & CHOKER BERRY set at The Darkness event in September 2017.

The pose that I have used is Bauhaus Movement – Shadows Bliss 15 … made by LouLou Teichmann.