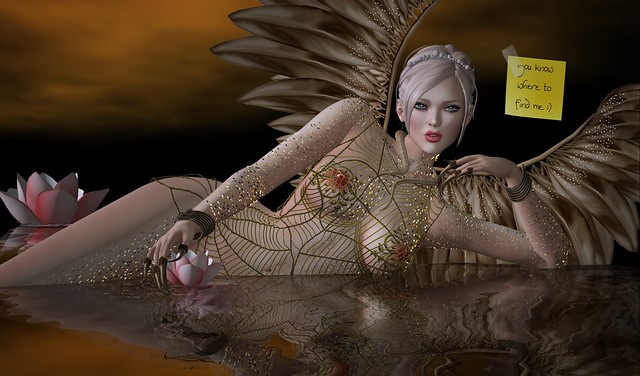 And on this clear day (or is night?), Alles is wearing the following attire.

UC_Spider_net_dress_all in 1_Maitreya_Lara … made by unitedcolorsteam Resident. Available now in eight different colours at the current round of KUSTOM9 which finishes on November 10th. NEW.
KUSTOM9

The pose that I have used is Bauhaus Movement – Lorna … made by LouLou Teichmann. However I edited this pose slightly by using my Animare HUD.