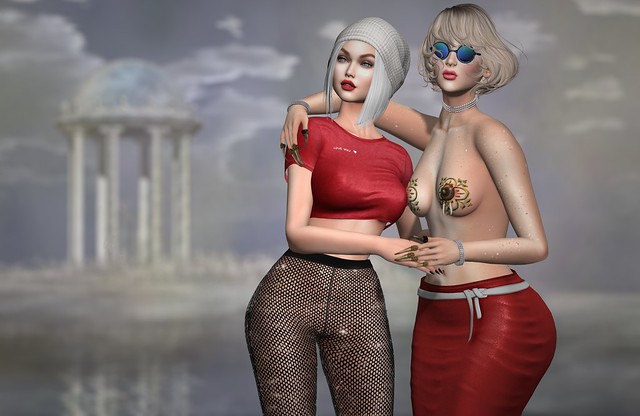 With some hints of blue too – as in my sunglasses and Elemiah’s dazzling eyes!! 😀

[ west end ] Limited Shapes by Beloved Ruby (copy/modify) … made by Beloved Ruby. Edited by me so that my breasts were smaller and not colliding with Elemiah.

LYBRA . Nyla Coral (maitreya) skirt … made by Natzuka Miliandrovic. Purchased at the July/August round of Shinny Shabby, which finished on August 15th. NEW.

The two-person pose that we used is PURPLE POSES – Friends 181 … made by Audrey Guter. Purchased at the May/June 2017 round of Collabor88.