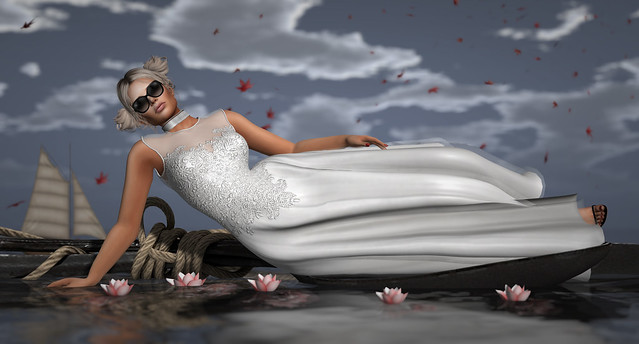 Well, of course it does because dear Elo is so sweet!! 😀

And just for the record, Elo is wearing the following:

.Shi : Vintage Spoons / GIFT … made by Joy Laperriere. This was a gift at the most recent round of the Shiny Shabby event, which finished on September 15th. NEW.
(This is a Copy/Modify object and I made them much, much larger than original.)

And lastly, the pose that Elo used is Le Poppycock-Roxy … made by Olivia Lalonde. This pose is part of a Le Poppycock *Pin-Up Doll* B set that I originally purchased at The Chapter Four in April 2016 but that set is now available instore:
Le Poppycock @ Nymphai