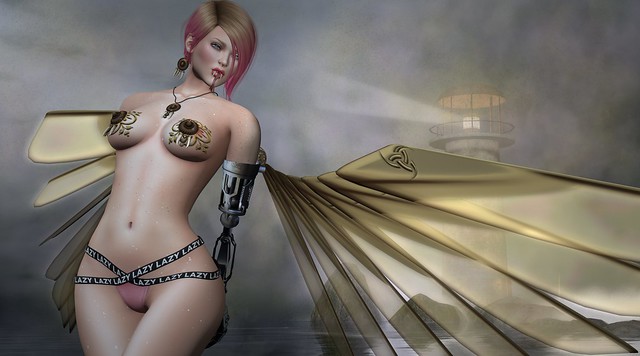 And just a hint of modesty too!! 😀

Today, lazy Alles – the adorable angel – is wearing the following.

MINA Hair – Lily [unrigged] … made by Mina Nakamura. This short hair is available now at the latest round of Uber, which is open August 25th to September 22nd. NEW.
Uber

#EMPIRE – Pop – Kylie Panties – Rose … made by QUEENshop Resident.
This is a common prize for EMPIRE at the September 2017 round of The Arcade Gacha. NEW.
The Arcade Shopping Guide – September 2017

The pose that I have used is Bauhaus Movement – Breaking The Habit 33 … made by LouLou Teichmann.