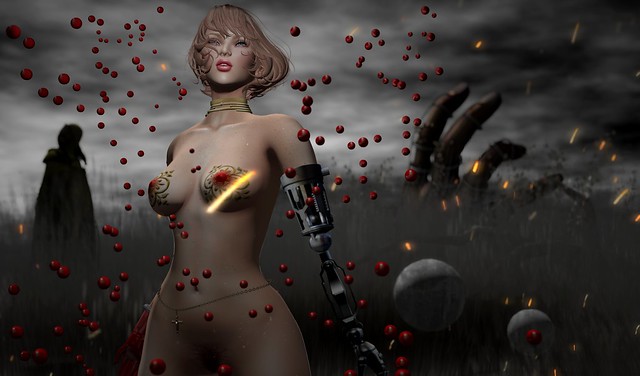 As for my fashion details – from the top to, er, below the belt – please read on:

LAGOM – Witched Statue [Moss] … made by ZandraSnowpawSnyder Resident. Purchased as part of a two-statue set at The Fantasy Collective in August 2017. NEW.

The pose that I have used is Amitie_Pose Magazine 01 … made by susi Firanelli.